The third BF-demo (recorded November 2002) was released on Januari 10th, 2003 at Kaffee Den Tuur in Wespelaar. Den Tuur is featured on the cover holding W.’s then still standard Flying V. Note the motorcycle in the back with its deer horns!

Here, for the first time, the band starts adding other musical influences such as free jazz and stonerrock. Aside from six new tracks it’s also the first time ‘Louisa’ is released, pimped up with a heavier bass-line. 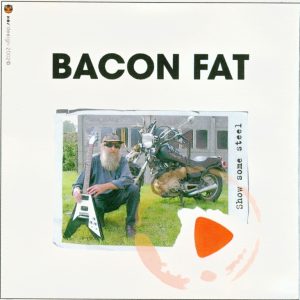