The very first official demo was launched during the very first BF gig on March 9th, 2001. The CD-R consists of 3 songs previously penned by Johnson and 3 total new tracks by the band.

It must be said that the recording-session on Januari 28th, 2001 spawned a lot more than the six songs on the demo. During nearly 12 hours of recording (sic) Bacon Fat recorded 8 original songs and 4 covers. The two originals which didn’t make it were the original version of ‘Louisa’ and a song which has never been released called ‘In different motions’. 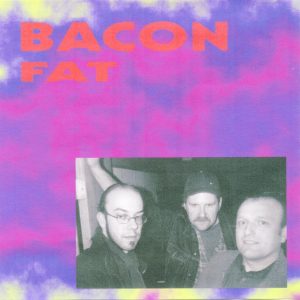